CAMBRIDGE, Md. – Florida Rep. Mario Diaz-Balart has been one of the leading Republican advocates for immigration reform going back to President George W. Bush’s unsuccessful attempt to overhaul the system. He’s spent the last several years working on and off with a group of Democrats and Republicans to try and reach a bipartisan agreement that could form the basis for a final law. MSNBC talked to him by phone after the House GOP ‘s winter retreat, where Speaker John Boehner unveiled a set of immigration “principles” that would guide Republicans in crafting a series of bills this year.

The congressman sounded optimistic about the new immigration push, but was frank about the depth of his colleagues’ concerns. Even as the Obama administration has deported a record number of unauthorized immigrants in some years, Republicans say they are increasingly worried that the administration will not enforce new security measures even if Democrats agree to a deal. This has at least as much to do with policy fights outside of immigration – numerous Republicans have told msnbc over the last several months that the president’s decision to grant health care waivers to businesses has led them to question how he might tweak a potential immigration law. The question now is whether it’s a concern that can be assuaged with the right policy or if it’s a preemptive excuse for dropping reform.

Rep. Diaz-Balart, for his part, sees a way forward with the right mix of legislative language. Here’s our conversation, edited for length and clarity.

Q:  What’s your general reaction to the principles? Are they in line with what you wanted?

I think it’s very constructive. I think the Speaker has laid out some very strong conservative principles on dealing with immigration reform and making sure the United States has to have working legal system, a secure border, and interior enforcement. And lastly, we have millions of folks who are here, some of them got here illegally others legally and then never left, and the question is what are we going to do about them? Ignoring that does not make it go away. I don’t want to put words in [Boehner’s] mouth, but ignoring it is in essence amnesty, a de facto amnesty, and a violation of everything we believe in.

Q: The principles say House Republicans won’t support a “special path to citizenship,” but they don’t seem to explicitly preclude people from becoming citizens through other channels like marriage or work or family visas. Is that your interpretation?

I think, when you read it, it says no unique, no single, no additional pathway.

If you look at the Senate bill they have a new pathway towards citizenship for the folks that are here, the undocumented that are here. I will tell you I’ve spoken to many, many colleagues about that issue. I remember speaking to one, I said “Look at this what do you think?” They said “Okay, if I’m waiting patiently in the Philippines and I go to the consulate, can I get in that line?” I said, “No, you cannot.” “So if I haven’t broken the law, I can’t get in the line?” they asked. “How is that not a violation?” and I have no answer to that.

Q: But under the GOP principles, you’re not barred from citizenship in any way?

I don’t interpret it that way at all.

Q: What was the general reaction from your colleagues in the meeting debuting the principles?

It’s really interesting. There are a few people obviously you expect to be opposed to almost anything you do. But what I saw was this: In essence there were a few groups. One group said we shouldn’t do this, period. One group said we should, for good reasons I believe. Then I think the largest group were basically saying that we have an administration that we cannot trust, no matter what we put in statute, to enforce the law. I think that was potentially the largest group of folks.

So it wasn’t on the merits, it was that the House of Representatives trusts President Obama as much as maybe Chancellor Merkel does.

Q: Is there a way to reassure these members that any bill can ever be enforced then?

Yes, I think there is, I think you can. I think there are leverage points you can use in statute to hold any administration to enforce the law, the border security and interior security parts of the law. That’s the challenge. If we can do that, I think we’ve got something serious to move forward with.

Q: About those leverage points: a lot of immigration activists are concerned about “triggers” tied to border security or enforcement that would have to go into effect before undocumented immigrants could go through the legalization process at all. How do you envision these working?

Border security is a non-negotiable issue as is interior security. It has to be done and enforced. There’s again that lack of confidence and a few spoke about previous administrations as well, by the way. In order for some people to realize the president has to do this, a number of different triggers that are real, that are serious, that are enforceable, and are not determined by the president or one of his department heads.

Q: Does that mean there would be some kind of clear metric that has to be hit for a trigger to go into effect or that Congress would have to approve it when they feel ready?

I can’t go into details, but I think we’re looking at a number of different ones.

Q: One argument against passing legislation this year that Republicans tell me often is that, politically, it’s not a huge issue in the midterm elections, it’s mostly a factor in the presidential election. So why can’t it wait until next year?

I think of the most compelling arguments I’ve heard against it, that’s one. The other is the issue of “Border security first and do the rest later,” which doesn’t work on its own because you don’t have the enforcement and couldn’t pass it anyway.

In the meeting, I said that I don’t remember any of us running for election saying “This is a broken system, we know it’s broken, vote for me, and I won’t deal with it until it’s more convenient.” I just think when you know something isn’t working, you got to take it head on. That’s why I think the Speaker put these conservative principles out. And on the principles themselves, I think there were very few specific arguments against them.

Q: Is there anything President Obama can do to help with this perception among Republicans that he won’t enforce the laws?

I don’t think there’s anything the White House can do. He didn’t help in the State of the Union by saying he could basically act by fiat, which he’s already done. He didn’t even need to tell us, we knew, but he did. The lack of trust is just five years of this administration that frankly, from ‘If you like your health insurance, you can keep it,’ to everything else, has created a major trust gap. It’s more than a gap, it’s a canyon this president has with our allies, with the American people and with members of the House. So it is up to us: Can we legislatively put something together that in no uncertain terms forces the administration to enforce the law? It’s a challenge, but I think it’s doable.

Q: One top concern for immigration groups ahead of the principles was that House Republicans would demand passing legislation that would basically allow states like Arizona to implement their own immigration crackdowns instead of the federal government. But that didn’t seem to be in the principles. Is that your interpretation of the principles as well and do you think such a bill might still be necessary to get House support?

I agree with the fact that there was no such demand I remember hearing today. If we’re serious about enforcing interior security, which the American people demand, and if we have a legal system that works, which is key, and if we have a way to deal with the folks that are here so that they can come forward and earn a way to get right with the law, then once they’ve earned their way to get right with the law, I think who enforces what is less of an issue.

Q: Do you think Democrats are ready to compromise?

I was part of the bipartisan group that met for really two years, off and on. When Obama was elected, he said he’d do immigration reform in his first twelve months and Speaker Pelosi said it was a real priority. We had about 90 to 95 percent of a bill done. The question you should be asking is why didn’t they make any effort to move forward? The reality is they didn’t want to do it.

There were Democrats working to get it done and working hard, [Congresswoman] Zoe Lofgren and others, and there were Republicans working hard to get it done, but clearly there was no interest on the part of Speaker Pelosi and President Obama to get it done. They’d mention it once in a while in speeches, but speeches don’t translate into action.

Q: That was back in Obama’s first two years in office. Do you think the will is there now to hammer out a deal?

[Speaker Pelosi] just made a statement putting down red lines, about how if it’s not this or that then it’s nothing. I think she didn’t want to get it done then, I don’t think there’s anything that’s led me to believe she’s changed. But I will tell you there are a lot of Democrats who are willing to put politics aside and try to fix a broken immigration system. And, by the way, this can’t be done unless it’s done in a bipartisan way. I think we obviously need to get, and it’s been elusive for a long time, legislation that can get the majority of Republicans and a substantial number of Democrats. For that to happen, it’s got to be good policy. Really good policy. 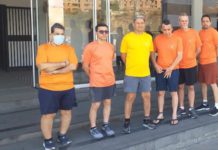 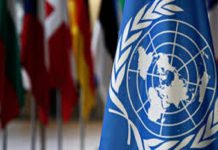 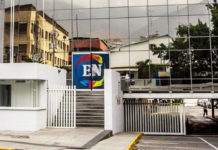