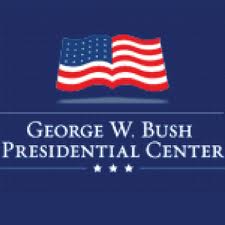 Since the arrival of President Hugo Chavez into power, the Venezuelan government has increasingly persecuted dissent via the jail cell.  In its 2010 Human Rights Report, the most recent available, the U.S. Department of State cites the Venezuela Awareness Foundation’s statistics of 25 prisoners of conscience being held against their will.  The same year, the Inter-American Commission for Human Rights, an official body of the Organization of American States, issued a statement expressing  “deep concern over the use of the punitive power of the State to criminalize human rights defenders, judicialize peaceful social protests, and persecute through the criminal system persons the authorities consider political opponents in Venezuela.”

Two recent cases reveal the seriousness of the problem.   In late 2011, engineering student Raúl Díaz Peña testified at the Inter-American Human Rights Court in Costa Rice that he had been tortured in a Venezuelan prison.  Díaz Peña had been a witness to 2002 protests against the government that led to bombings at two foreign government offices.  Although Díaz Peña was not involved in the attacks, he and many other peaceful protesters were arrested and charged.  “They tortured me. . .at the political police headquarters; three times they put my head in a plastic bag and filled it with insecticide,” he said during his hearing. Díaz Peña eventually fled Venezuela and has requested political asylum in the United States.  His case is currently awaiting a ruling by the regional court.

The case which has received the most international attention is that of Judge Maria Lourdes Afiuni.  Judge Afiuni was jailed in 2009 and eventually put under house arrest after being diagnosed with cancer.  Her crime?  Following the law.  She was the last judge to receive the case of banker Eligio Cedeno, a wealthy Venezuelan and fierce opponent to President Chavez who had been charged with corruption related to some banking scandals and detained for more than 3 years without bail.  According to Venezuelan law, prisoners held for two years without a trial are eligible for bail.  When Judge Afiuni released Cedeno on bail, President Chavez called publically for her detention, supposedly for corruption in the release of Cedeno.  When Cedeno jumped bail and fled to the United States, where he recently received political asylum, Chavez ordered that Afiuni receive “the maximum sentence allowed by law” – 30 years in prison.

The Afiuni case has received attention as a flagrant abuse of executive power.  Figures ranging from the United Nations Special Rapporteur on Judicial Independence and Arbitrary detention to Chavez supporters like professors Noam Chomsky and Heinz Dieterich have called for Afiuni’s release – to no avail.  The Human Rights Institute of the International Bar Association has even recently begun an international campaign to increase pressure on the government for her release.

Venezuela’s justice system, like the other institutions of government, has been co-opted by the executive for political purposes.  For those who doubt this, they need look no further than the President of Venezuela’s Supreme Tribunal of Justice, Judge Luisa Estela Morales, who has stated, “separation of powers weakens the state.”

The Venezuelan people have the right to a free and independent court system.  The 25 political prisoners know better than anybody what dissenting in Venezuela can mean.

This post written by Joel D. Hirst, a Human Freedom Fellow at the George W. Bush Institute.  Find him on Twitter: @joelhirst