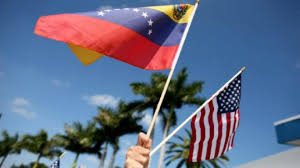 Hundreds of Venezuelan immigrants awaiting the resolution of the asylum process in the United States. And stranded in the midst of the COVID-19 pandemic, they received market bags in Miami on Tuesday to solve their “precarious” situation.

The Venezuela Awareness Foundation, which joined forces with the Presidente supermarket chain to help these immigrants, pointed out that it is one of the most vulnerable communities “as it cannot access either the unemployment benefit or a job.”

Patricia Andrade, director of the Foundation, told Efe that these newly arrived families were left in limbo because they did not manage to process or receive documents that are necessary to receive the federal aid approved due to the pandemic.

This NGO, together with President Supermarkets, donated on Tuesday more than two hundred bags of basic food for more than fifty Venezuelan families who are in this “precarious” situation and have been “severely beaten” due to SARS-CoV-2.

Yasmine Pereira, one of the beneficiaries of this aid, has two newborn children and has been unable to work since her pregnancy.

Additionally, you lack a Social Security number, needed in the United States to work and apply for unemployment assistance.

“The only income I have is my husband’s and we are quite short, but we are trying to get ahead,” she said before receiving this help.

“The newly arrived Venezuelans were surprised by the coronavirus and those who were requesting political asylum are in a precarious state. This food aid is going to give them the relief they sorely need,” Andrade emphasized.

The non-perishable food bags such as tuna, pasta, oil and cereals will serve to feed these families for at least a week and were delivered without the beneficiaries having to get out of their vehicles to prevent the spread of the coronavirus as much as possible.

Both volunteers and family members wore gloves and masks, and for those who did not have a vehicle, they were delivered to their homes.

Pereira, who was a dentist in Venezuela and fled his country leaving his home and belongings, assured that there “the situation is very bad”, since it is practically impossible to find food and when you find it “it is at a very high cost”.

He is not very optimistic about his future in the United States, pointing out that it is a “very complicated” situation and that Venezuela cannot return due to the political situation and the pandemic.

“I will do everything possible here while I cannot return, but there I have my profession, my house and my things,” he reiterated.

The Venezuelan immigrant population in the United States has increased 54% since 2015, when it was 256,000, due to Venezuela’s economic and political destabilization.

It has become the fifth largest South American immigrant population in the United States, according to the Institute for Migration Policy (MPI).

The United States remains the world’s largest focus of the new coronavirus pandemic in absolute terms, with 1.35 million cases and more than 80,000 deaths, according to the unofficial count by Johns Hopkins University. 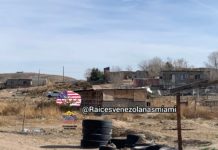 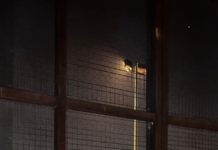 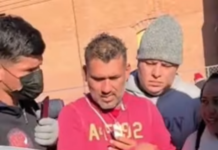 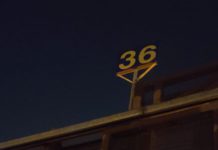 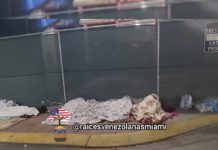 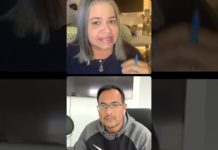