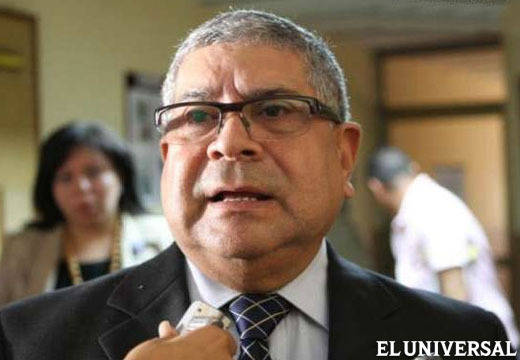 Eladio Aponte Aponte, a Justice of the Supreme Tribunal of Venezuela (TSJ) who was dismissed by the Congress for his alleged links to drug trafficking, is cooperating in Washington with the Drug Enforcement Agency (DEA) and, based on reports published on Wednesday by Miami newspaper El Nuevo Herald, he has involved top Venezuelan officials in drug trafficking.

According to El Nuevo Herald, on Tuesday Aponte Aponte was in the US capital city, and he linked senior officers of the Bolivarian Armed Forces and top officials of President Hugo Chávez’s government to drug trafficking operations, said a source who was not identified in the article, AFP reported.

“He is providing authorities with details about drug trafficking operations in Venezuela,” the source said.

Meanwhile, Costa Rican Minister of Public Security Mario Zamora said Aponte Aponte left Costa Rica voluntarily on Tuesday. He was “accompanied” by staff of the US Drug Enforcement Agency. He was in Costa Rica as a tourist since April 2.

“It was a voluntary act. There was no coercion. Before his departure, we even checked for any arrest warrant by Interpol, and there was nothing,” said Zamora to a local radio station.

In Washington, Aponte Aponte said that alleged drug trafficking operations “are conducted directly by Minister of Defense (Henry Rangel Silva), General Cliver Alcalá (the chief of the Fourth Armored Division of the Venezuelan Army), and Diosdado Cabello (the Speaker of the Venezuelan Congress),” the source told El Nuevo Herald.

Alcalá and Rangel Silva are included in a blacklist of the US Treasury Department’s Office of Foreign Assets Control (OFAC) for their alleged links to drug trafficking and terrorist organizations.