In personal meetings with Saddam Hussein, Hugo Chavez and Fidel Castro have both promised bio-weapons. The lab, complete with Cuban scientists, is now in Venezuela.

Remember a brief mention in the media recently about accusations that Castro had a bio-weapon lab in Cuba? Well, don’t bother looking for it there anymore. It was airlifted out by a Chavez C-130 in a rush/hush mission shortly after the news story broke. It’s in Venezuela now, in San Antonio Los Altos near Caracas. It is still largely crated and being watched, awaiting final destination along with Cuban technicians that came with it.

The Chavez-Castro axis is preparing a Caribbean Terror: biological weapons. In May 2002 Fidel Castro personally went to Iran, which the U.S. labels as the world’s most active supporter of terrorism. He was received by that country’s leader, Ayatollah Ali Khamenei, who declared that “U.S. grandeur can be broken,” and that if it is, “it will be a service rendered to mankind and even the American people.” Not to be outdone, Castro told the Iranians, according to the Associated Press, that the U.S. is an “imperialist king” that “will finally fall, just as your king was overthrown.”

In July, Castro then sent his close confidant Rodrigo Alvarez Cambras – a congressman and the head of the Cuban-Iraqi Friendship Society – to Iraq as an envoy. This was after Venezuelan strongman Hugo Chavez had already been to Iraq himself, to pave the way for a Latin American Castro-Chavez pact with Saddam Hussein. As BBC reports from Iraqi TV and Iraq Radio in Baghdad, Alvarez Cambras met with Saddam Hussein to convey a “verbal message” on behalf of Castro and also with Deputy Prime Minister Tariq Aziz. The message was that Castro and Chavez wanted to work with Saddam on developing new bioweapons for use against the United States.

U.S. intelligence already have proof. Carl Ford Jr. is assistant secretary for intelligence and research at the State Department. He deals regularly with the CIA and other U.S. intelligence bodies. On June 5 2002, Ford told a subcommittee of the Senate Foreign Relations Committee that “Cuba has provided dual-use technology to rogue states. Such technology could support bioweapons programs in those states.”

Ford also said “We feel very confident about saying that they’re working and have been working on an effort that would give them a BW–limited BW offensive capability. And that’s serious enough to tell you about it.”

As a result, Cuba is today – through Venezuela – engaged in illicit biological weapons research, production, weaponization and stockpiling. They have the facilities to do medical, biotechnological research, and the facilities to build a biological weapon. There are clear West Nile Virus links between Saddam, Chavez and Castro. To the trio’s delight, Saddam’s remake of the West Nile Virus causes a 97% fatality rate. And now, with the Cuba-lab safely hidden with Hugo Chavez, even more is at stake.

Given the military liaisons between Cuba and Chavez, the biological warfare aspects of their mutual exchanges, their connections with Khaddafi and Saddam Hussein, and their connections to FARC, the outcome is chilling. Consider, as one Chavez insider has already done, how easily one could introduce a bioweapon to the US by contaminating cocaine. 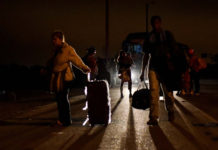 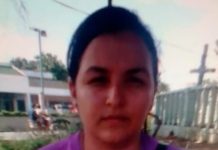 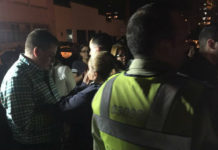 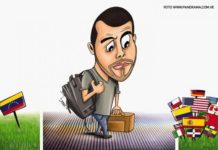 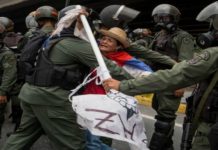