United States Department of State
Office of the Coordinator for Counterterrorism

Venezuelan cooperation in the international campaign against terrorism remained negligible. President Hugo Chavez persisted in public criticism of U.S. counterterrorism efforts, publicly championed Iraqi terrorists, deepened Venezuelan collaboration with such state sponsors of terrorism as Cuba and Iran, and was unwilling to deny safe haven to members of Colombian terrorist groups, as called for in UN resolutions.

Chavez’ ideological sympathy for the Revolutionary Armed Forces of Colombia (FARC) and the National Liberation Army (ELN) limited Venezuelan cooperation with Colombia in combating terrorism. FARC and ELN units often crossed into Venezuelan territory for rest and re-supply, with little concern that they would be pursued by Venezuelan forces. Splinter groups of the FARC and another designated Foreign Terrorist Organization, the United Self- Defense Forces of Colombia (AUC), operated in various parts of Venezuela and were involved in narcotrafficking. The government pursued the latter with greater energy.

It is unclear whether and to what extent the Government of Venezuela provided material support to Colombian terrorists, and at what level. An ex-ELN guerrilla told the press in February that a “non-aggression” pact existed between the ELN and Venezuelan authorities, adding that the Venezuelan National Guard allowed the terrorist group to kidnap ranchers. Weapons and ammunition — some from official Venezuelan stocks and facilities — regularly turned up in the hands of Colombian terrorist organizations. The government did not systematically police the 1,400-mile Venezuelan-Colombian border to prevent the movement of groups of armed men or interdict arms flows to narcoterrorists.

Venezuela passed an organized crime bill and a penal code reform that outlaw collaboration with terrorists but do not define the terms “terrorist” or “terrorism.” In November 2004, the Supreme Court set up a special panel for terrorism cases, but it is unclear whether the panel has tried anyone for terrorist acts.

Venezuelan citizenship, identity, and travel documents remained easy to obtain, making Venezuela a potentially attractive way-station for terrorists. Senior FARC member Rodrigo Granda, who was captured in 2004, had Venezuelan citizenship and identification papers while residing in Caracas. International authorities remained increasingly suspicions of the integrity of Venezuelan documents and their issuance process. 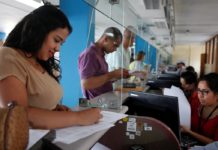 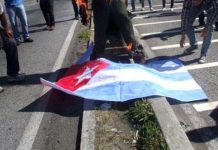 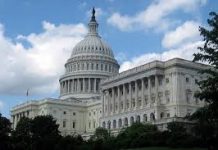 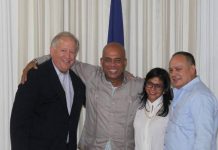