“I call on the leaders of Venezuela to cease their violent behavior and pursue peace in the interest of the people”
May 1, 2013

(WASHINGTON) – U.S. Rep. Ileana Ros-Lehtinen (R-FL), Chairman of the Middle East and North Africa Subcommittee, made the following statement with respect to acts of violence recently committed in the Venezuelan National Assembly. Statement by Ros-Lehtinen:

“It’s unacceptable and appalling that violence against members of the opposition occurred in the Venezuelan National Assembly recently. The National Assembly should be a place to exchange ideas freely without any threats or harmful acts against individuals due to a difference of opinions.

“The backbone of our democracy in the U.S. is the ability to respect your opposition’s point of view, even if you do not agree with it, without resorting to violence. These aggressive tactics show a contempt for democratic principles of free speech and peaceful exchange that is found in the highest levels of government, and further demonstrate the extent of the crisis in today’s Venezuela following the recent disputed presidential elections.

“I call on the leaders of Venezuela to cease their violent behavior and pursue peace in the interest of the people of Venezuela and stability. At this time of uncertainty about the country’s future, it is imperative that the democratic freedoms of all Venezuelans are protected and defended for generations to come.” 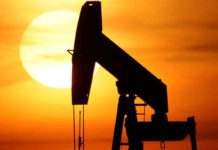